Anyone who has tried to manage by consensus knows that it's anything but efficient. For some organizations, that's okay. Not every organization optimizes for efficiency. Most worker-owned cooperatives optimize for other outcomes, like community-building and social impact. However, if you're optimizing for efficiency, the best leadership model is a benevolent dictatorship.

Automattic (the company behind Wordpress) is sometimes described as a benevolent dictatorship. The Ruby on Rails community is, too. Even if the dictator has a... big personality, they can still rule benevolently. But absolute power corrupts absolutely, and I'd bet that malevolent dictatorships outnumber their benevolent cousins.

To be clear - it's rare that malevolent dictators think of themselves as malevolent. They simply have fallen for the narrative that if you give people an inch they'll take a mile, and they follow that narrative to its logical extreme. To call it malevolence is a bit misleading. The mediocrity of these leaders emerges from intellectual laziness and ignorance, not evil intentions. They subscribe to a world-view that is fundamentally cynical. They allow that world-view to govern their actions as leaders, because the counter-evidence debunking their world-view presents cognitive dissonance (and they haven't put in the time to research group psychology and team performance). 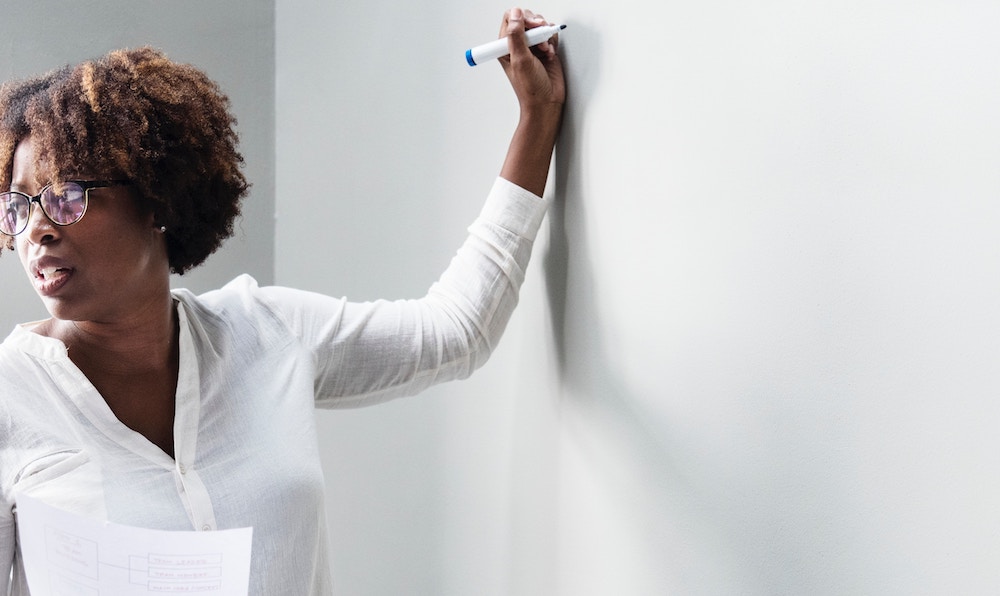 A benevolent dictator polls the team, truly listens to every relevant voice, and then takes decisive action. Decisive action doesn't necessarily mean making a decision. It might mean delegating the decision-making authority to one member of the team. In an effective dictatorship, there is no waffling. Sometimes the dictator makes the wrong decision, but they never fail to outline decisive action items and next steps. This focus and velocity is galvanizing. Teams led by benevolent dictators often move faster, work harder, and rally more cohesively than their more democratic competitors.

One tangent about "listening to every relevant voice" - teams often make the mistake of favoring their loudest voices. Introverts have a fundamentally different approach to decision-making. They do not let impulse drive their contributions. They mull problems over before coming to solutions. As a result, their solutions are often more comprehensive and thoughtful than those of their extroverted counterparts.

An effective leader can elicit feedback and guidance from both the introverts and the extroverts on their team. This may mean slowing the decision-making process down by a day or two. After presenting a problem, you should ask your team to follow up with an email outlining their proposed solutions. If you present a problem, collect potential solutions, and pick one, all in a single meeting, you will almost inevitably favor the extroverts. That is biased, counter-productive data collection, and it's profoundly demoralizing to the introverts on your team.

If an Authoritarian listens carefully to their team and considers every perspective before making a decision, they're not really an Authoritarian. So admittedly, I'm stretching a bit to come up with the Good Tendencies of an Authoritarian. But there are some environments where Authoritarianism is the only way. There is no time for consensus-building in a military context where efficiency of decision-making has life-and-death consequences.

Similarly, if there is a sufficiently wide experience or skill gap between leadership and the team, such that leadership has nothing to learn from their employees, presumably Authoritarian rule makes sense. The closest you'll get to this in a technology business is a Sales boiler room where inexperienced reps are dialing for dollars, or a data entry warehouse where tightly-packed contractors are grinding on borderline-automatable tasks. I would argue that the existence of either one of those rooms speaks to a deep, strategic flaw in the organization's structure. But that's a conversation for another day! 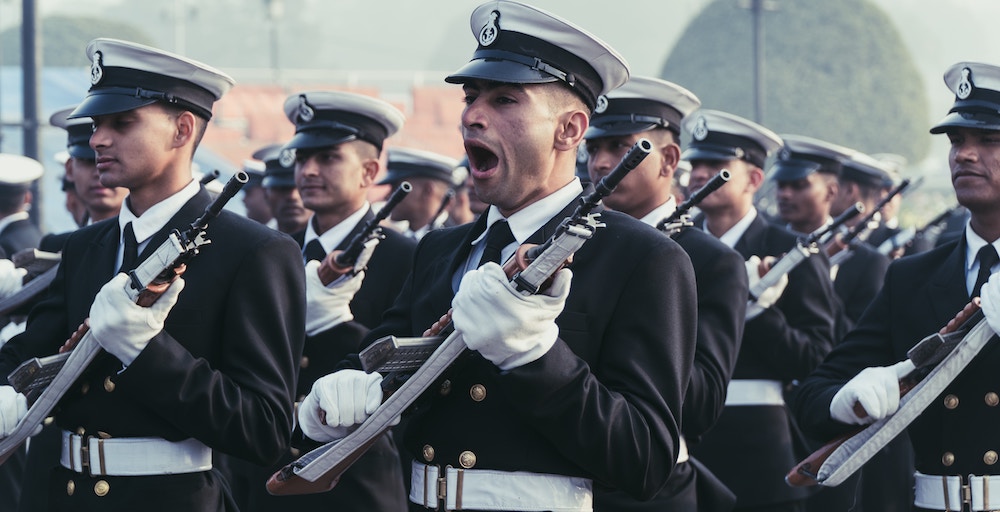 By 2020 half of the workforce will be made up of Millennials. Every recent study of workplace dynamics describes a generation that seeks intrinsic motivation, autonomy, freedom, and respect. The Authoritarian is a dinosaur that will be rendered extinct by this seismic shift. Evolve or die!

"Time in seat" is a common battlefield for clashes between the Authoritarian and their team. The Authoritarian believes that enforcing a strict 9-5pm policy will drive productivity. The team does not agree. They feel micromanaged. The mistrust is palpable. The team is distracted. They gripe with their colleagues about how out-of-touch management is, furthering the organizational divide and shutting down vertical communication channels.

The rigid policy leads to stress at home. Spouses ask "Who is going to pick up the kids from school?". Employees carry that stress to work. They text their spouses frantically. "The boss is in town today, can you sneak out to pick up groceries for dinner?". The bravest (and the highest-value) team members start circulating their resumes. Obviously, the Authoritarian's approach did not lead to increased productivity. It backfired.

Why does this happen? One underlying cause is that productivity is much harder to measure than "time in seat". So Authoritarians just assume that "time in seat" is a valid proxy for productivity, but they lack the intellectual rigor to test that assumption. Productivity is subjective, and even when it can be quantified, it tends to be inconsistent, varying dramatically from quarter to quarter, employee to employee.

The closest most organizations get to effective productivity tracking is when they establish a sales quota. But even sales performance tends to be spiky and unpredictable. If you're a sales leader who has implemented a strict "time in seat" policy, reigning in a more lax culture, and seen a resulting improvement in productivity, please reach out with the data! I have never seen a statistically significant correlation between "time in seat" and performance. I have seen an inverse correlation.

Another underlying cause, discussed in The Chill Boss, is that the anecdote of a moocher taking advantage of lax policies is a very galvanizing narrative. Pendulums always swing, and we should not be surprised by the impulse to enforce strict policies when one team member is taking advantage of a trusting culture. The benevolent dictator would simply fire that individual, but the more common response is reactionary: close the loophole. Not only does that reaction punish the people who earned and maintained the trust, it also does away with an effective "moocher trap". In other words, by starting from a place of trust, you can develop policies that readily surface employees who are not deserving of that trust. If you have the gall to part way with those employees, that can prove to be an efficient team-pruning mechanism.

While firing under-performers is a critical function of any leader, retaining high-performers is arguably even more important. There is a blind spot here that the Authoritarian often misses. Most business leaders are painfully aware of the cost of customer churn. Losing customers hurts revenue. Duh. But somehow, many business leaders fail to acknowledge the cost of employee churn. Every employee lost incurs significant costs. The cost to recruit, vet, and train a new employee is non-trivial. It is also fairly opaque: the cost tends to get muddled and buried amongst the other operating costs of the business. Very few small businesses are sophisticated enough to separate out the cost of employee churn in their financial modeling, but that doesn't make the cost any less real.

The best employees thrive when trusted with autonomy. Those employees will churn under an Authoritarian. Any costs saved by a strict "time in seat" policy are surely outweighed by the costs incurred when you lose your best people.

Are you an Authoritarian?

It all boils down to trust. Do you trust that your team will not take advantage of you? Or do you think that your role is to keep your team in line, because if you give them an inch, they'll take a mile? If you see your role as the rule enforcer, you're probably an Authoritarian.

What to Do if You're an Authoritarian

You may be spending a good bit of mental energy worrying about whether people are taking advantage of you, whether you need new rules, or if there are loopholes. Try to channel all of that energy into developing clear, quantitative, productivity measures. One of the primary functions of leadership is to set KPIs that are tactical (and tied intuitively to daily activity), but that roll up to the strategic goals of the organization. For a Customer Success Manager, a good example would be "% of Customers who Rate their On-boarding Call as Excellent". This probably rolls up to the strategic goal of customer conversion or retention, but it is far more tactical and actionable. It gives the employee a simple benchmark they can chase every day.

I promise that if you have clear goals like this in place, and good dashboards that track progress towards those goals, at both a team and an individual level, you will begin to realize that even though Jane came in a bit later than the rest of team last Tuesday, she's still killing it on her on-boarding calls. And even though Mark is in every day at 7am, he is not effectively communicating your feature set to new customers. These insights are far more critical than time in seat.

Lastly, spend time with your team. Ask them questions about their lives outside of work. Make an effort to get lunch with the introverted recent hire who hasn't quite fit in yet. You'll realize that the narrative of the moocher is self-fulfilling. If you treat your team like children who can't be trusted, they will act like children and try to find loopholes in your authority. But if you treat them like adults, and start from a place of trust, they will rise to meet you on your level.

This series is about management and entrepreneurial failures at small companies. I’ve worked mostly at software tech startups, but I’m hoping the lessons here are a bit more universal than that.